A project by: Thomas Jagger

This project did not reach its target.

A short summary of our project

The University of Hull Greenpower team (UoH GP) are raising money to fund a scratch-built car to compete within Greenpower's racing league around the country. The car will be built from aluminium and composite materials (fibreglass, carbon fibre, carbon/kevlar) and will stand as a showpiece to demonstrate the exceptional talent, the 'Low Carbon' attitude of the University, and to inspire the younger competitors in other leagues to study their STEM subjects for a potential pursuit of engineering as a career. The aim of the competition is to create a car within regulations that travels the furthest distance in the allotted time of one hour, or until battery failure - whichever comes first.

The UoH GP team consists of four 'Greenpower veterans' and more that are new to the process. Three of the team - Karmand Kareem, Tom Jagger and Benny Koe - are using Greenpower-related subject material for their final year project, and Chris Preston, the fourth veteran, has priceless knowledge from previous work as a mechanic that he brings to the team. Following our success last season we would like the opportunity to compete again with a car that is designed, manufactured and assembled by our very capable students, in the award-winning 'centre of excellence' on campus at the university.

Last year the UoH GP team entered the Greenpower race league to compete in Hull Street Race and at Blyton Park with a heavy steel chassis that was designed by Greenpower and made for the younger teams to have a go at assembling a simple chassis. We set the fastest lap time by a whole seven seconds at Hull Street Race, but crashed out due to a faulty steering wheel that left the car in a state that was irreparable within the remaining time of the race. Even so, the car placed 9th out of 19th due to the distance covered before the crash, despite being out of operation for 20 minutes of the race. The car was fixed and entered to a race at Blyton Park racing track where it came fourth, beaten only by scratch builds with significantly less weight from other established competitors.

The previous year has taught us a lot and allows for application of the material learned in lectures whilst studying, due to the limited time actually available in the workshop during the duration of the course. Many of the students participating had never used the tools in a typical workshop, nor participated in any form of racing, and so Greenpower is a fantastic segue into developing those skills. The team utilised 3D printed parts, manufactured carbon fibre panels into bodywork and one student built a data logger from scratch to log the details of the car's performance for further improvement. We also helped out the community by providing support to Barnardo's and Hull City Council as they built their cars with limited experience - since we had assembled ours weeks before we had a good idea of what to do, and so we passed on our knowledge to make sure they had the best time competing with minimal issues at their races. A nose cone designed by a student was even 3D printed and supplied to Siemens Gamesa's team, an engineering business with a manufacturing plant in the local area.

The premise of Greenpower is to inspire the younger generations and the up-and-coming engineers into continuing studies into STEM subjects and engineering. It also boasts the message of being a 'Green' event, in which all the cars to compete are electric, and the race is won by whoever can cover the most distance from the energy stored in two fully charged batteries, rather than by who completes an allotted set of laps in the shortest time. The car to be built this year will be made from recycled material wherever possible - we want to fit in with the 'Low carbon' and 'Green energy' movements that Hull University is pushing forward with, and without your help, we will not be able to do so.

Where will the money go?

Estimated breakdown of £7,000 costs for entire season is as follows:

We don't believe in something for nothing. This is why we ask you what we can do for you, with the promise that if it is within our capabilities and beliefs we will do it.

You can find us here on Facebook, and when manufacturing begins we plan to start a YouTube channel showing the processes and progress we make. As soon as this occurs, the channel URL will be posted on our Facebook page.

Thanks for your time and for hopefully sharing/donating to the project. Below are some images from the previous season: 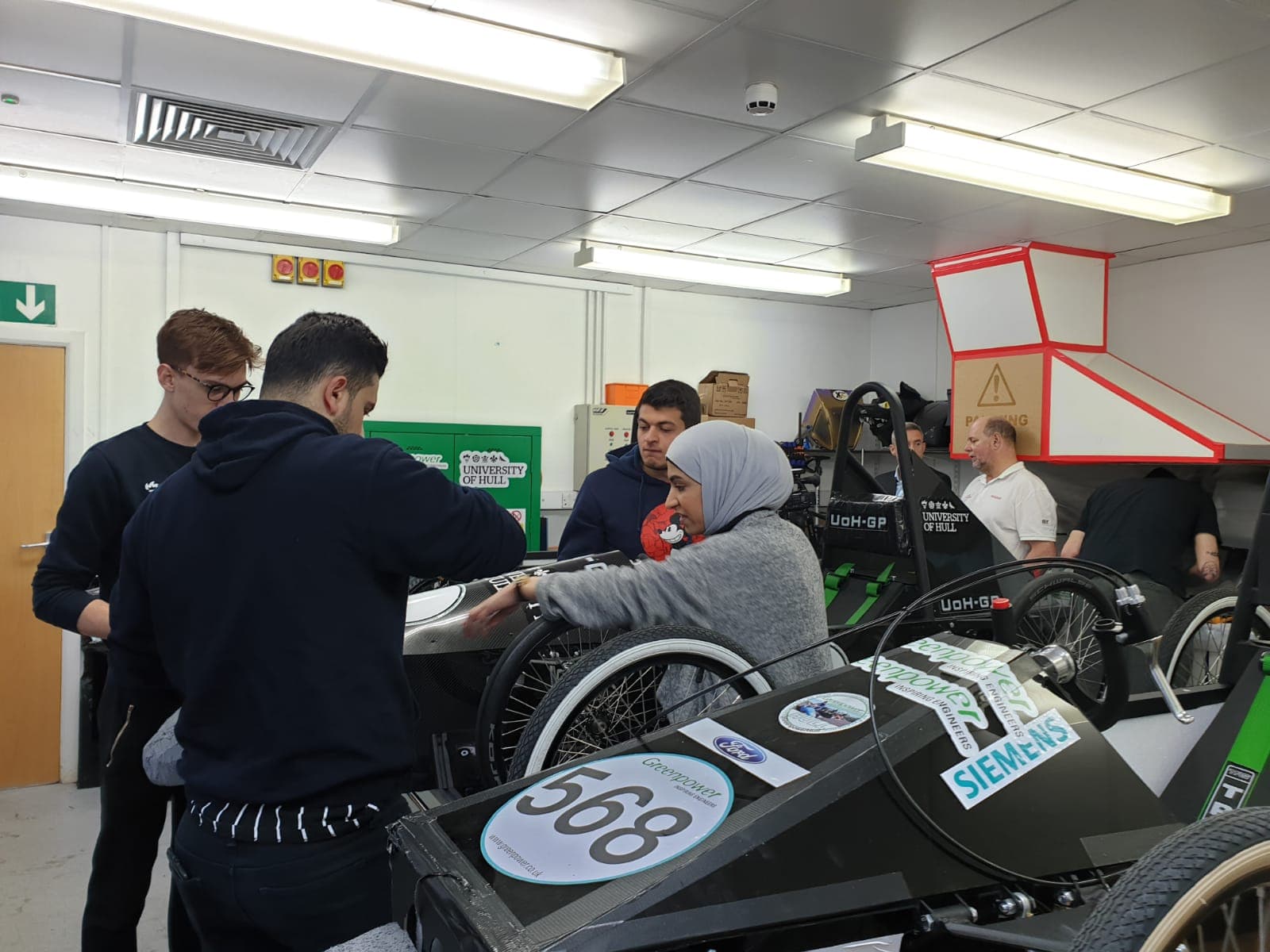 Above: Preparing the car for television coverage.

Below: Karmand testing the car prior to Hull Street race, in order to test any performance issues. 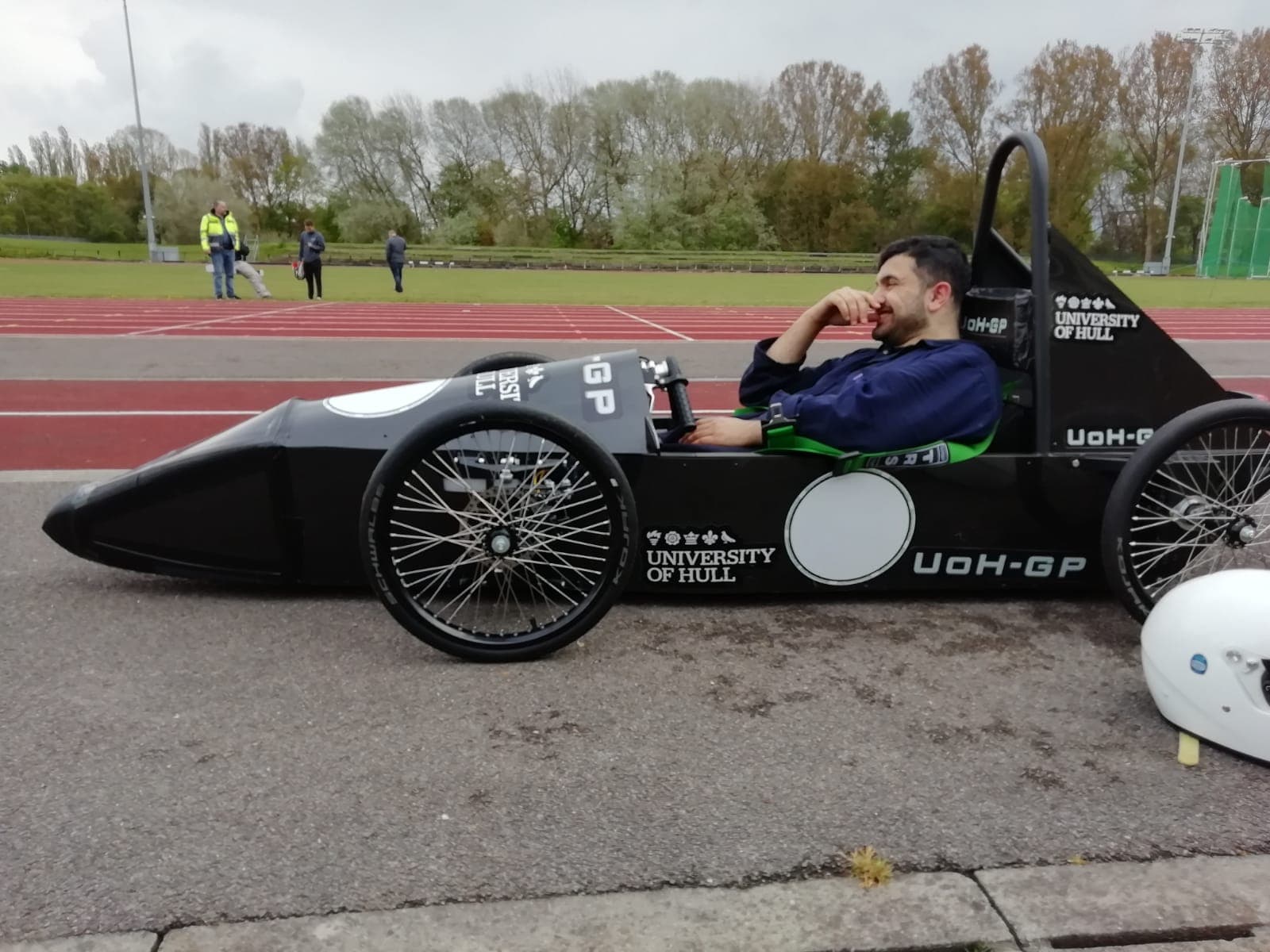 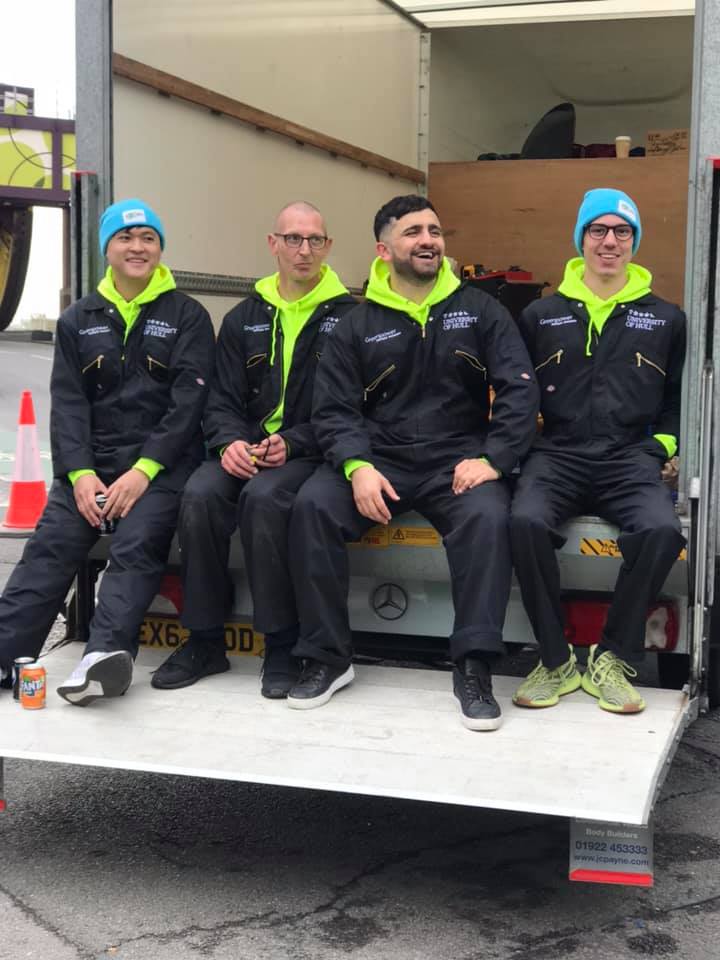 Above: The four Greenpower veterans in the transport van before the race begins.

Below: Chris giving first driver Tom a pep talk on the starting grid. 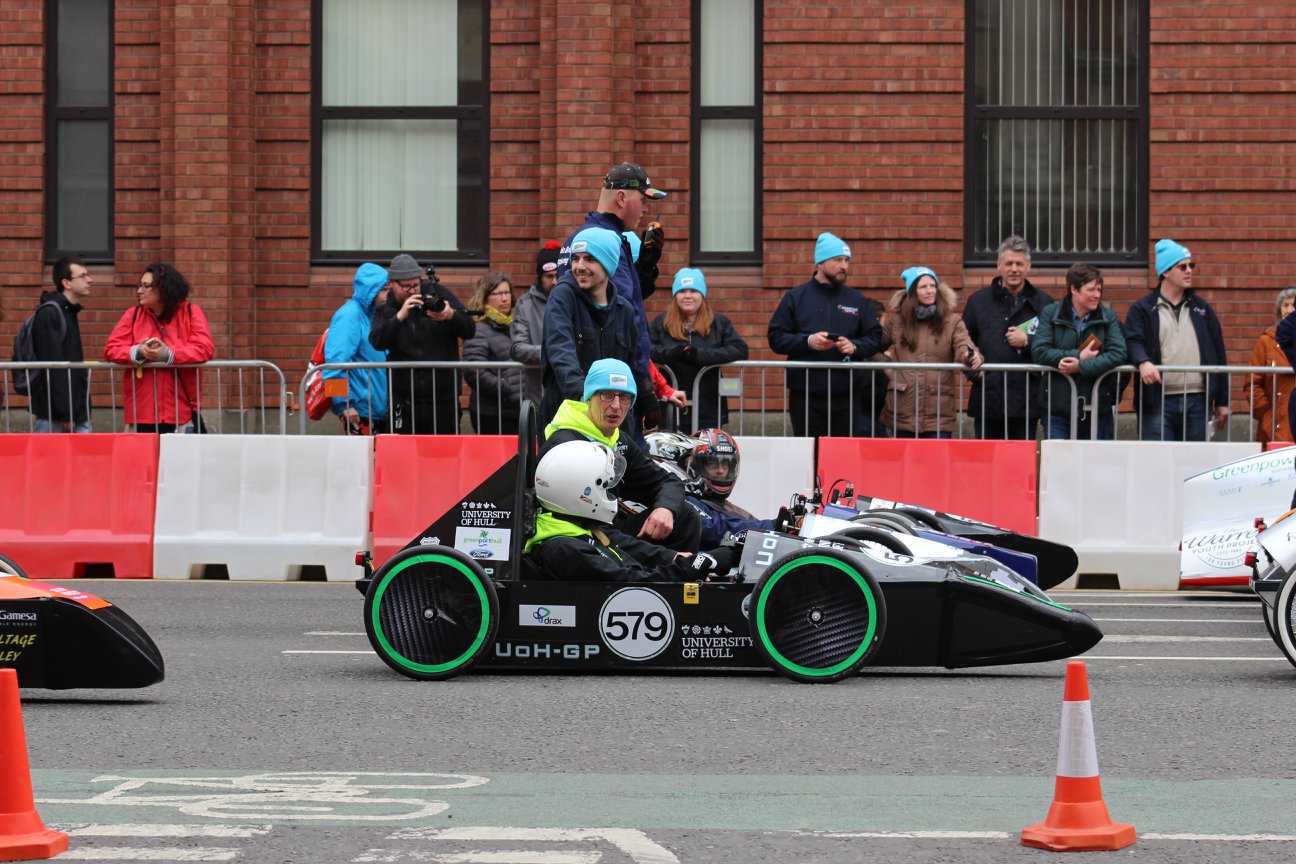 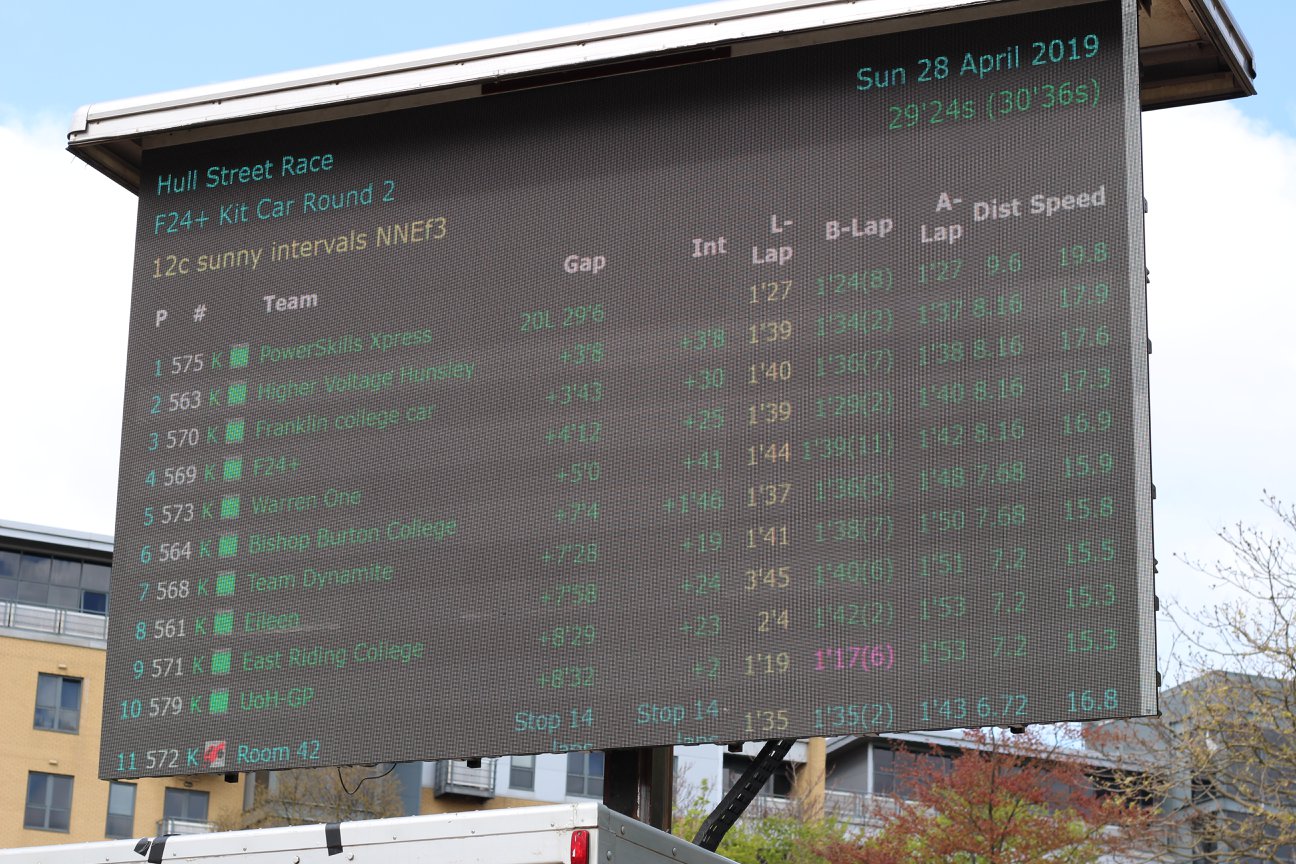 Above: The fastest lap time in red, set by the UoH GP team on their climb back up the leaderboard after an electrical fault early on.

Below: Spectators gather around the race track prior to the start of the race. 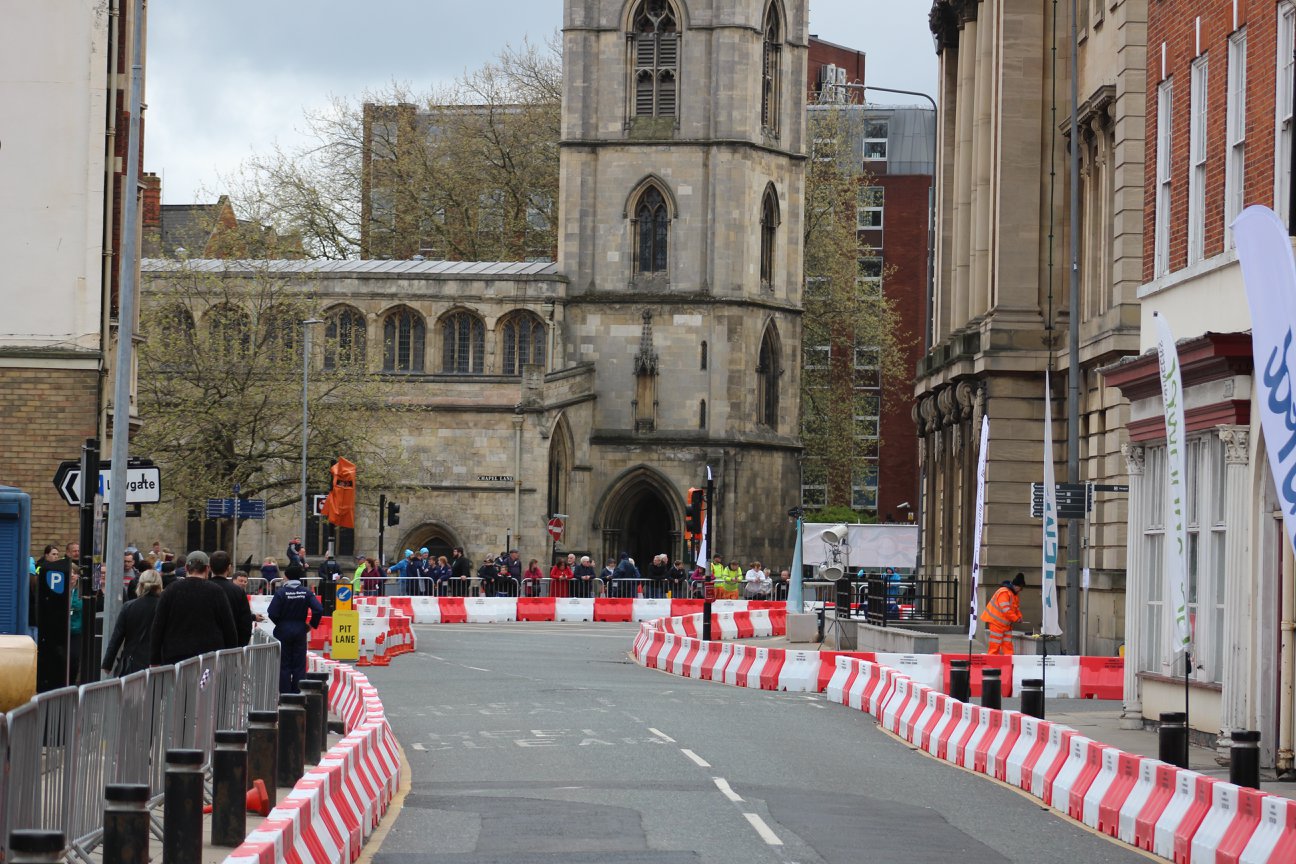 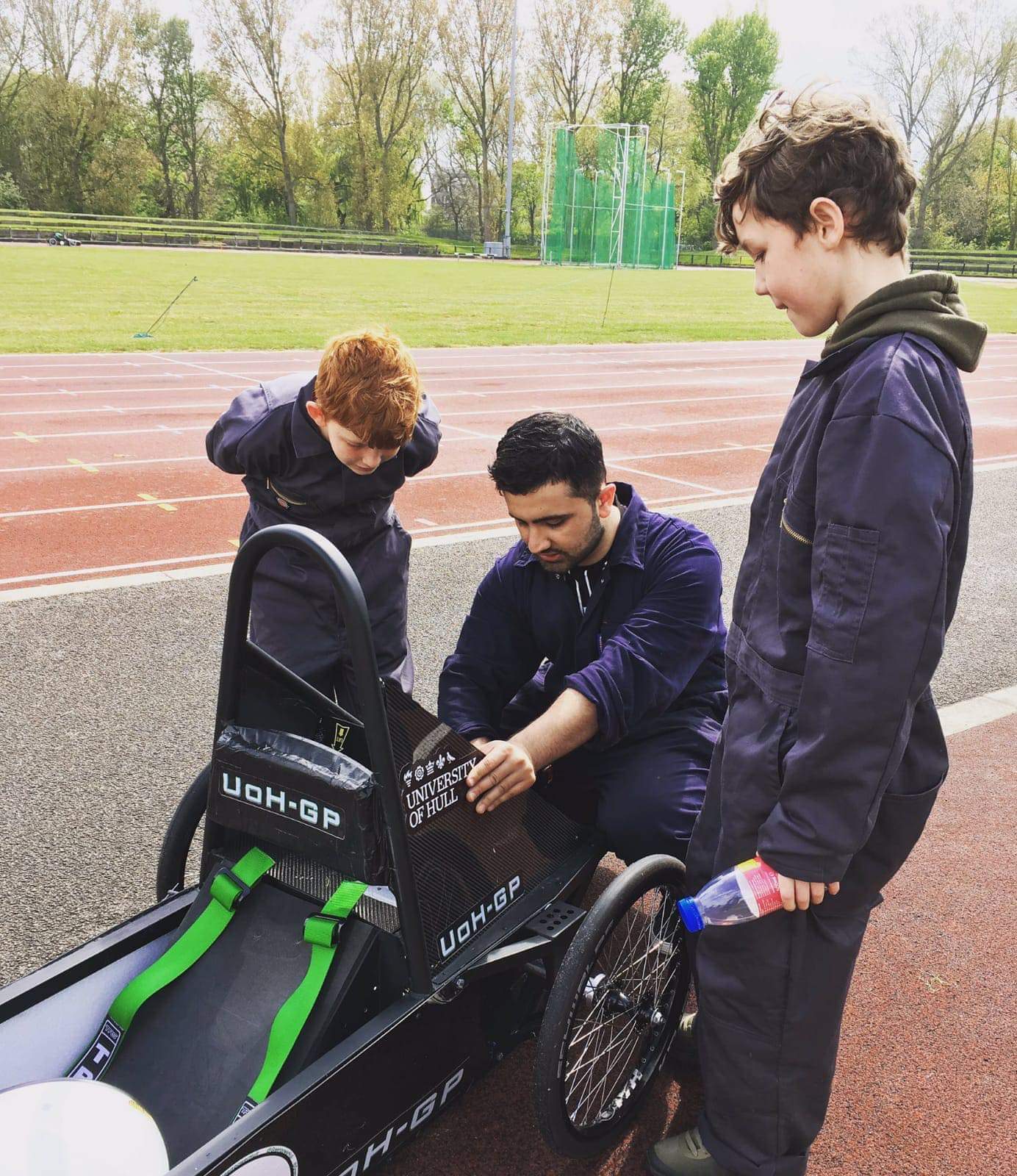 Above: Karmand teaching the kids at Barnardo's how the electrics work within the car.

Below: Driver Tom on his pursuit to climb back up the leaderboard. 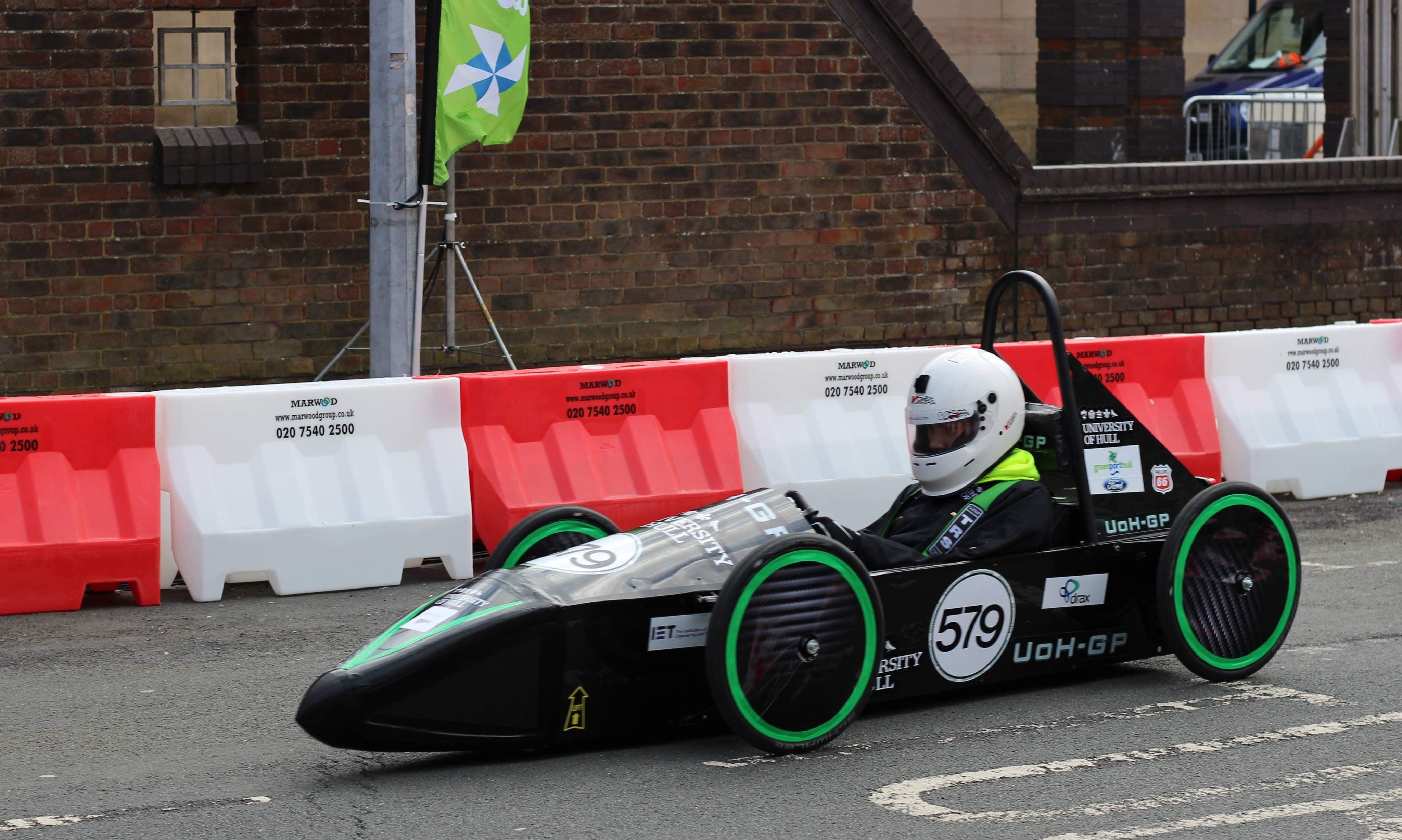 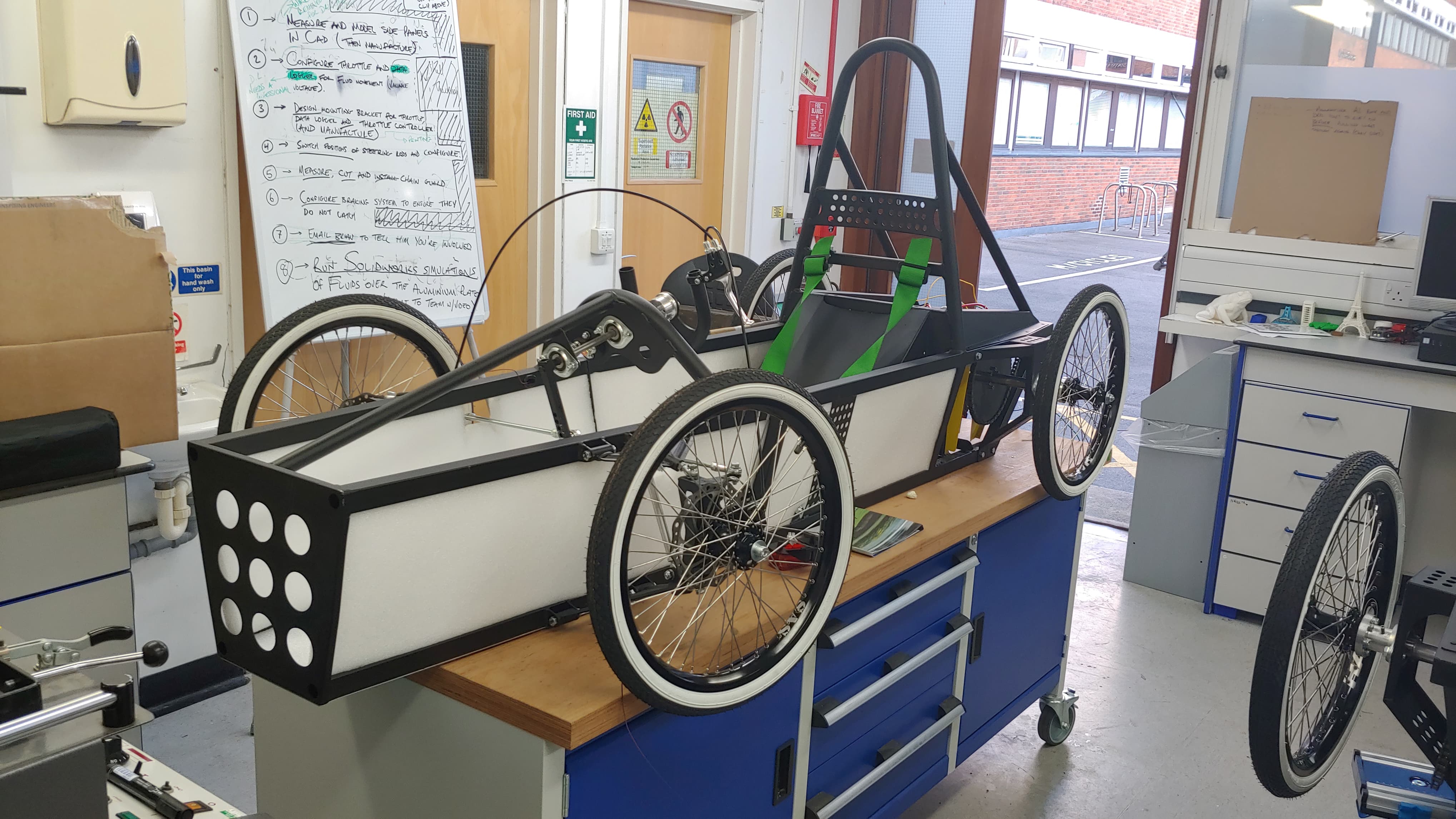 Above: The heavy steel chassis once fully assembled and unmodified.

Below: Karmand and Tom with a Greenpower representative on BBC radio humberside to raise publicity for the University and event. 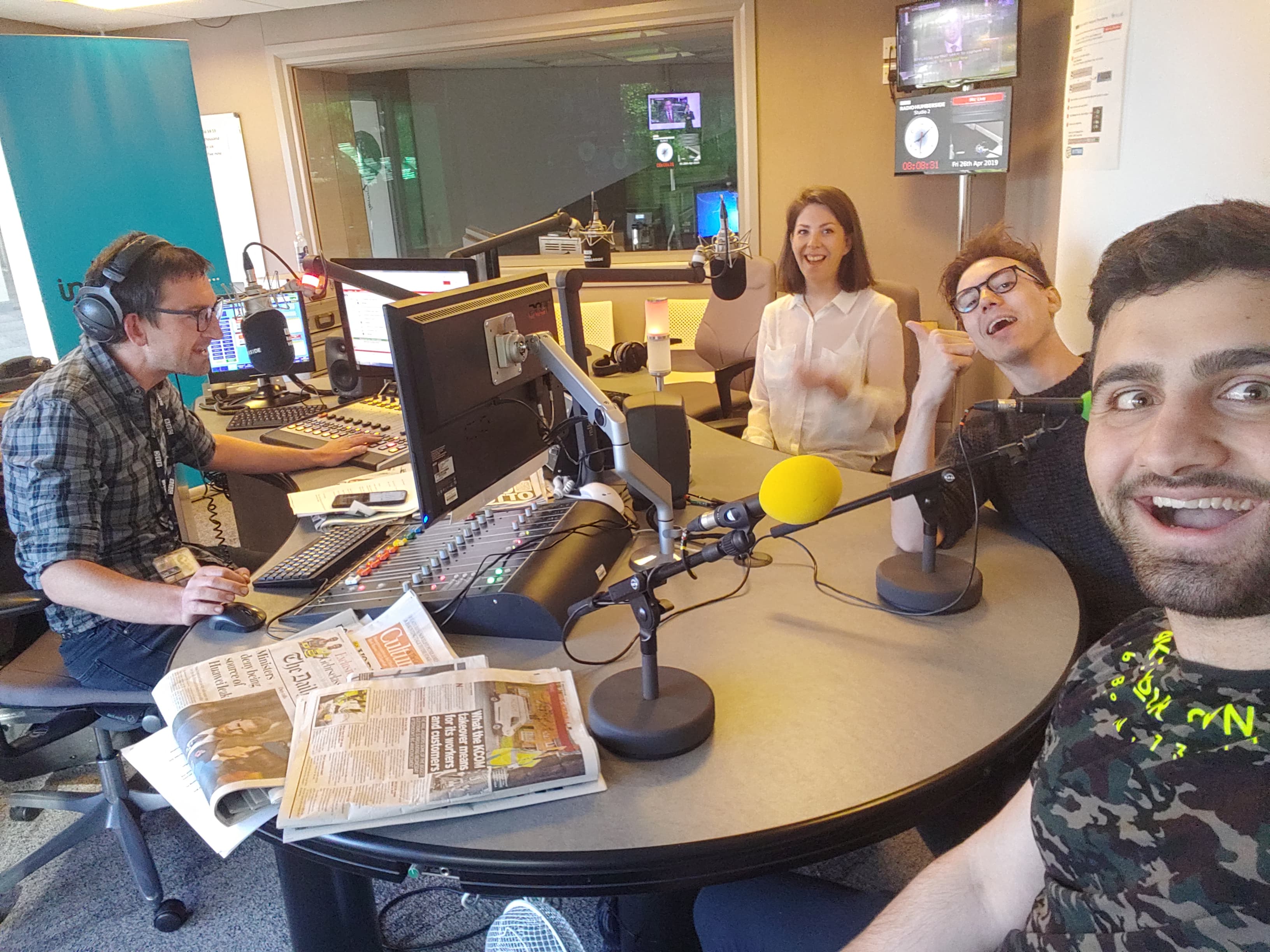 UoH GP
Your message has been sent.

Thank you, your report has been sent.
UoH GP

Tell us why you are reporting this project: